At first glance, The Language of Thorns may simply seem like a collection of fairy tale and legends, complete with a gorgeous exterior. But further investigation of its cover would lead you to see the spikes protruding out of the vines carefully wrapping different creatures—as well as the collection’s subtitle: Midnight Tales and Dangerous Magic. This is not a book full of conventional happily ever afters. And for a fantasy fan who knows that magic always comes with a cost, and that fairy tales offer delights and demons in equal measure, The Language of Thorns is an ideal holiday gift.

RELATED: Win King of Scars, the Latest Book in the Grishaverse

Leigh Bardugo’s unforgettable collection takes place within the same world as her Shadow and Bone Trilogy and Six of Crows Duology: the Grishaverse, which will soon be adapted for the Netflix series Shadow and Bone. Containing six stories, readers will not only be immersed in a world of fantasy through Bardugo’s words, but also through Sara Kipin’s illustrations. More than just pretty pictures on a page, these images help tell the story—eventually becoming an all-encompassing part of it.

If you haven’t read Bardugo’s previous books that take place in the Grishaverse, there’s a handy map that will send you on your way. The six original stories are broken up into different regions, with three stories taking place in Ravka, and one each set in Novyi Zem, Kerch, and Fjerda. It’s important to note that these stories are not only set within these different regions, but are those region's myths and folklore—something that is told to its members when they are young. Though there are hidden gems within the stories that will speak to those who have read Bardugo's previous work set in the Grishaverse, it's not necessary to read her other series in order to enjoy this new collection. However, if you are are interested in reading the Shadow and Bone Trilogy or Six of Crows Duology, immersing yourself in this fantasy world is a great place to start.

Though each of these stories resembles that of a fairy tale we’ve come to know and love—“Ayama and the Thorn Wood” recalls Beauty and the Beast and “When the Water Sang” brings to mind The Little Mermaid, for example—these stories read much more like those of the Brothers Grimm than Disney. Gone are the damsels in distress, replaced with darker, feminist characters that don’t necessarily get a happily ever after. Bardugo makes it clear from the start: “Love speaks in flowers. Truth requires thorns.” Much like her previous series, these stories are suited for those who are teenagers or older—as they deal with darker, more adult themes.

The stories within The Language of Thorns offer powerful messages of endurance and perseverance. Though most of the characters start off being looked over due to supposed lack of beauty, physical strength, or intelligence, they soon find their voice...and things don’t end well for their oppressors. Though mostly empowering tales, expect to be rattled. There’s a certain way in which Bardugo writes that will leave you feeling like someone just opened a window and let in a cool draft…it’s enough to send a chill down your spine. But that’s what makes her stories so unique—they’re unexpected yet welcome, all at the same time.

Related: 7 Fairy Tale Retellings That Will Make You Question Your Childhood

If you’re looking to transport yourself to a beautiful world this holiday season, there’s no better gift to give (to yourself, or others) than a ticket into Bardugo’s stunning world. Between the breathtaking illustrations and the words that vividly immerse you in the story, this collection is one-of-a-kind.

The Language of Thorns 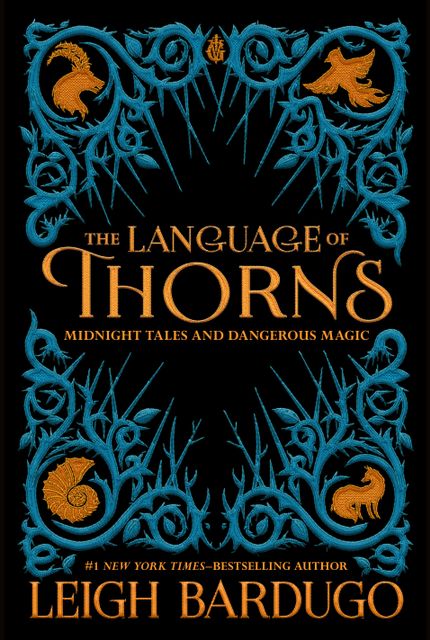 Thank you for supporting our partners, who make it possible for The Portalist to continue publishing the enchanting stories you love.

This article was originally published on December 15th, 2017.

Featured image from "The Too-Clever Fox" via Fierce Reads