These are some of the most fascinating pieces of tech ever envisioned in hard science fiction — and they might become reality sooner than you'd think.

The magic of hard science fiction lies in riding that line between being a compelling story and an extended tech demo of the future. For instance, though a lot of readers rooted for Mark Watney to survive in The Martian, other readers were invested in learning about Martian potato farming (which, according to a recent NASA experiment, may not be so far-fetched). Here are some of the coolest pieces of tech ever envisioned in some of the greatest hard science fiction stories out there—plus, some estimates on how close these innovations are to becoming reality. 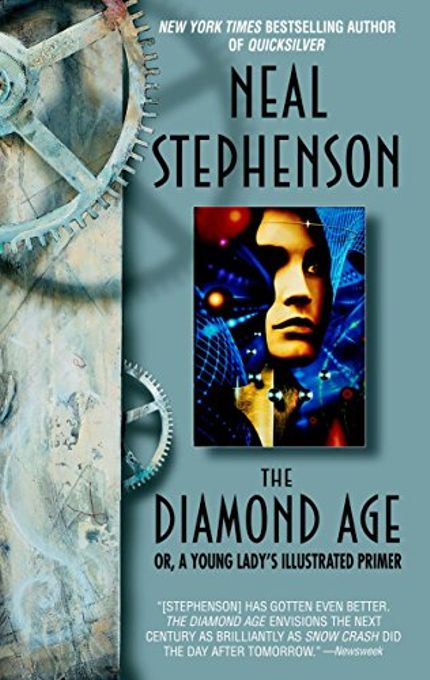 Like most of Stephenson’s books, The Diamond Age is as much an exploration of technology and human society as it is a story. In this case, the focus is on molecular nanotechnology and the titular Primer, which is an iPad-like device that integrates nanotech and an uber-powerful AI.

The Primer imprints on its user when it’s picked up and immediately begins teaching them whatever they need to know in order to become a functioning, self-sufficient member of society—as well as how to survive and adapt to nearly any situation. What makes the Primer especially useful is that it senses the user’s surroundings, mental state, and personality, then communicates its lessons in a way that the user can understand.

RELATED: 5 Technologies from Neuromancer That Are Almost Here

We haven’t reached the nanotech mastery of the "Diamond Age” (so-named because it marks the period when humans can literally assemble diamonds from carbon atoms), but we’ve gotten pretty close to achieving the Primer: the One Laptop Per Child Foundation handed out tablets to Ethiopian children in order to teach them basic reading skills (among other things), and the children soon taught themselves how to recognize letters, spell words, and more. The foundation’s project was directly inspired by Stephenson's primer. 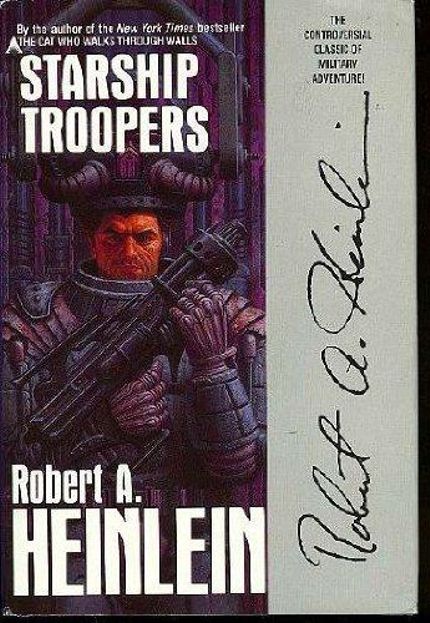 Robert Heinlein's Starship Troopers didn’t invent the space marine trope, but it sure as hell cemented it. Here’s how the soldiers’ exosuits are described in the book:

Though full-body mech suits aren’t here yet, we’re making progress: the US has unveiled plans to create an Iron Man-like powered exoskeleton called the TALOS suit, and Russia recently revealed their own powered suit with a high-tech HUD and body armor.

Going forward, the biggest challenges for powered exosuits will be similar to the challenge of engineering battle mechs: balancing the strength of materials against their weight and figuring out how to power them efficiently. As for better eyes, better ears, and more intelligence, DARPA's "Squad X" program imagines soldiers equipped with small, high-tech kits networking with drones and other robots on the battlefield to share data seamlessly. According to Deputy Defense Secretary Bob Work: “Ten years from now, if the first person through a breach isn't a robot, shame on us." 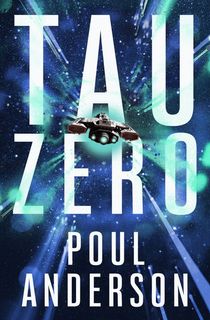 Originally proposed in 1960 by physicist Robert Bussard and made famous in Tau Zero, the Bussard ramjet creates a miles-wide electromagnetic field that acts like a net to collect free-floating hydrogen, then funnels it into the central engine, where it’s compressed until it creates fusion. The energy created from nuclear fusion is then ejected from the engine and creates thrust.

Here’s the cool part: instead of carrying fuel with it (which slows it down and requires refueling), the ramjet collects fuel as it goes, and if all that matter can be harnessed efficiently, then the spacecraft can accelerate to ludicrous speeds—potentially allowing human passengers to cross the entire universe within one lifetime.

Various scientists have pointed out that Bussard’s original concept has some major flaws, but they’ve also come up with some fixes: first, there’s not as much hydrogen floating around the universe as Bussard imagined, meaning that getting a ramjet going would require starting out in a nebula or similarly hydrogen-dense area. Second, the proton-proton fusion method Bussard imagined is way too weak to create enough thrust, but there’s another method called the CNO Bi-Cycle that would work better.

However, because the ramjet’s engine relies on nuclear fusion (and research funding is spotty at best), it’ll probably be a long time before it becomes a reality.

At 22,400 miles tall, the space elevator in Fountains of Paradise is mind-boggling in scope, but from a logistics point of view, it makes a lot of sense: instead of spending $22,000 per kilogram to launch material into space, a space elevator could do it for “just a few dollars,” according to NASA’s David Smitherman. It’d be reusable, fast, and available for continuous use. From a practical point of view, though, space elevators are still on the fringes of feasibility.

As explained by Hank Green of the SciShow, there are three major components to a space elevator: the anchor, the cable and the counterweight. The anchor point would ideally be on the equator, the cable needs to be at least 21,750 miles long (ideally, it’d be 62,000 feet long), and there needs to be a sufficiently heavy counterweight attached to the other end to keep the cable taut (probably a captured asteroid).

To create a cable of that length and strength, pretty much the only option is carbon nanotubes, which have been revealed to be a much trickier substance than previously thought: if one atom is out of place within the tube, its tensile strength is reduced by half and the whole thread can rapidly unweave itself, leading to a catastrophic failure. Based on how long it takes to manufacture high-quality nanotubes in quantity, it could take years to produce enough to create the cable. Right now, one of the more optimistic estimates for a full-sized elevator (according to the International Academy of Astronautics) is 2035.

RELATED: 5 Technologies from Science Fiction That Could Be Awesome in Real Life 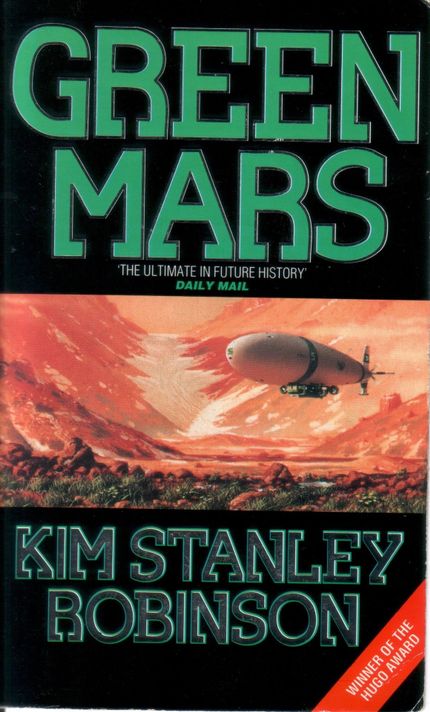 Robinson’s Mars trilogy is recognized as one of the seminal sci-fi accounts of terraforming, so it’s no surprise that a NASA study explicitly quotes him when outlining the timeline for terraforming the Red Planet.

What we know about Mars so far indicates that it’s an excellent candidate for terraforming: there seem to be enough nitrates in the soil to create an Earth-like atmosphere, there’s enough water frozen in the ice caps to create a functioning water-cycle, and there’s enough carbon dioxide in the atmosphere to create the right cocktail of gases for humans to breathe.

RELATED: 8 Books That Will Make You Fall for Hard Science Fiction

According to a NASA study, transforming Mars into an Earth-like planet is definitely possible, but lengthy: the ‘Warming’ phase, in which natural greenhouse gases called PFCs are released into the Martian atmosphere to trap the sun’s rays, will take about a century, while the ‘Oxygenation’ phase, in which the surface of the planet is covered in plants to conduct photosynthesis and produce oxygen, will take about 100,000 years under ideal conditions.

Featured photo from the cover of "Green Mars"