In the future, 17-year-old Anax takes an oral exam on 21st century history, hoping to gain acceptance into an elite government institution.

When we say that Genesis is different, we mean it. Through a framing device—a four-hour oral history exam—author Bernard Beckett paints a compelling portrait of a dystopian future, pairing thought-provoking philosophy with wild surprises.

Beckett's heroine is 17-year-old Anaximander (Anax, for short), who hopes to gain acceptance into an elite government institution, The Academy. It's a lofty goal, considering only 1% of the population makes the cut—but her tutor, Pericles, has prepared her for the challenge.

Want more dystopian fiction? Sign up for The Portalist’s newsletter to get book recommendations delivered straight to your inbox.

Anax's success hinges on a four-hour entrance examination, in which she must tell the oral history of the 21st century. Back then, a deadly plague swept the globe, killing billions, until an isolated island became the last remaining refuge. This island evolved into the base of the Republic, an ultra-insular society with some echoes of Brave New World and 1984. Guards were stationed around its perimeter, instructed to kill all refugees on sight. Among these guards was Adam Forde, now a hero with a cult following since his death. After a major act of rebellion, he found himself locked away in a prison cell, accompanied only by a hyper-intelligent android.

Anax herself is a massive fan of Adam, having found a deep connection with his story, and she chooses him as the focus of her exam. As she relays the tale of Adam's life, she must reflect on the nature of consciousness, souls, artificial intelligence, and humanity—reflections that make Anax realize her knowledge of the past may not be complete. Her rigorous session of questions and answers culminates in a twist that was hailed as "crushing" by Publishers Weekly and "an absolute mindblower" by Booklist.

Genesis earned a slew of rave reviews when it was published in 2006, though it has since fallen out of the limelight. Read on for an excerpt of the first chapter—Anax's account of the rise of the Republic—to see why Beckett's novel is a dystopian book like no other. 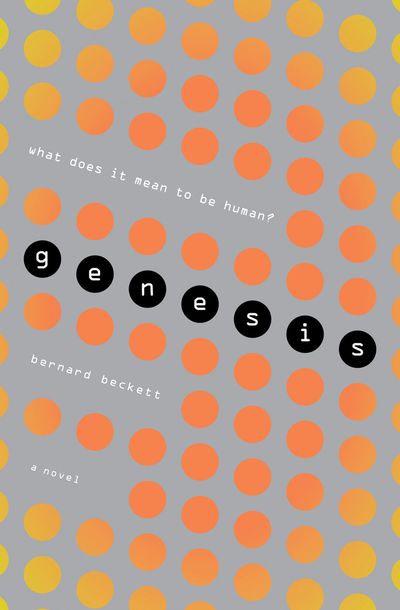