Free Sci-Fi and Fantasy Books to Read in January 2023

In Flatland, the more sides a man has, the more powerful he is. Triangles are laborers and soldiers. Squares and pentagons are middle-class doctors and lawyers. Hexagons are nobility. Women, however, are straight lines, incapable of advancement in a two-dimensional world. Everything in Flatland is clear-cut and orderly, until the day an average citizen—a Square—dreams of a land of three dimensions. If three dimensions are possible, why not four? Or one? Soon, the Square’s provocative imagination and corresponding adventures threaten to turn the whole of Flatland against him.

First published in 1884, two decades before Einstein’s theory of relativity defined time as the fourth dimension, Edwin Abbott’s Flatland is both a prescient exploration of the unseen and a delightful skewering of Victorian social strictures. 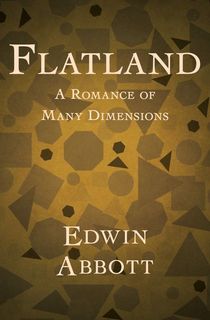 The Hour of the Dragon

The sweeping and thrilling novel about the world’s most beloved swordsman: Conan the Barbarian.

First published in the pulp magazine Weird Tales, The Hour of the Dragon, also known as “Conan the Conqueror,” is Robert E. Howard’s only full-length novel featuring Conan the Barbarian. It is considered by many to be one of the author’s best works.

During Conan’s reign as King of Aquilonia, a group of conspirators plot to depose him in favor of Valerius, heir to Conan’s predecessor, Numedides, whom the swordsman had slain to gain the throne. To accomplish their goal they resort to resurrecting Xaltotun, an ancient sorcerer from the pre-Hyborian empire of Acheron. With Xaltotun’s aid, the Aquilonian army is defeated by that of the rival kingdom and occupied. Conan is captured and slated for execution—until the slave girl Zenobia risks her life to free him. Now, Conan’s quest will take him across the lands of Hyboria. 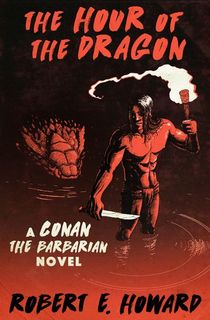 The Food of the Gods and How It Came to Earth

There’s a heavy price to pay for the manipulation of nature in this novel from the revered author of The War of the Worlds and The Time Machine.

It begins as a boon for mankind—the creation of the substance Herakleophorbia IV. When fed to farm animals, it causes them to grow to enormous size. But when it is accidentally allowed to enter the local food chain, the consequences prove monstrous: Human children exposed to it grow into giants, reaching forty feet in height.

At first, these giants are tolerated. Then, as they mature, they are scorned. And as they slowly begin to realize their own power and right to exist, they are feared. Humanity must face the dawn of a new era of manmade evolution—while grappling to comprehend the possibility of its own ultimate demise.

The Food of the Gods and How It Came to Earth is a thought-provoking and thrilling novel from a four-time nominee for the Nobel Prize in Literature, the author of such all-time classics as TheIsland of Doctor Moreau and The Invisible Man. 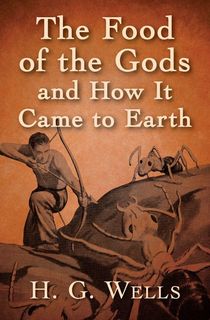 The final sword-and-sorcery installment of the epic Conan the Barbarian Series.

During the mythical Hyborian Age, Conan the Cimmerian and Valeria of the Red Brotherhood are pursued by a dragon-like monster—until they make it to civilization. Xuchotl is an ancient city of wealth and beauty, with walls of jade and bejeweled lights. Seemingly deserted, Xuchotl actually harbors two gangs who are locked in an endless ancestral feud. And when one of the gang leaders, a stunning woman with a vampiric lust for life, makes Valeria a target of her hunger, Conan and Valeria must escape the evil and madness that flood the city before all is lost . . .

“The usual rip-roaring, headlong action, inventiveness, and raw violence which Howard’s name on a story guaranteed . . . The finale makes the last act of Hamlet look like a Sunday school picnic.” —Black Gate 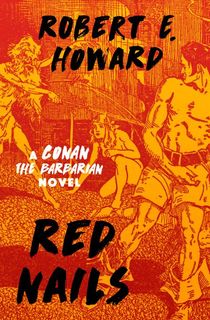