Chris Hadfield Is Proof of the Power of Sci-Fi

The astronaut says his career is evidence of science fiction's influence on real-life space travel.

Do you have a favorite piece of science fiction?

I’ve read a lot of science fiction. I read a lot of it growing up, too. I really loved A Canticle for Leibowitz, I thought that was a fascinating story. And The Sheep Look Up, although that’s more a doomsday kind of thing than science fiction. I recently re-read The Martian Chronicles, which I think is really beautiful. It’s just so gorgeously written and so insightful on not just technology but the human condition. So I have lots. But I think if you were to give me unlimited books in the world right now, the one that I would grab to read again is probably A Canticle for Leibowitz, just because I haven’t read it in a long time and it always delights me with its take on a post-apocalypse rekindling of humanity. I thought it was very original.

Related: Alan Shepard, the Apollo 1 Disaster, and the Race to the Moon

I think it's really important to encourage people to see all the possibilities that exist, even the ones that aren’t real yet. And then to recognize that impossible things happen, and they happen as a result of people turning imagination into reality.

Has science fiction ever impacted or inspired your real life career in the sciences?

Oh, of course! Hugely. I mean, fiction allows you to imagine. If you didn’t have science fiction, how could you possibly stretch the edges of your understanding and your expectations to where they have to be in order to do the things that I’ve done? As a kid I read Edgar Rice Burroughs, and Arthur C. Clarke, and Asimov, I read all of those. But there’s also not just written science fiction, but of course Star Trek, 2001: A Space Odyssey, the book and then also the movie, all of those. They basically—it was like slamming and then permanently locking a whole bunch of doors open. Then it was more whether you wanted to try and push yourself mentally through them, and then see if maybe that’s something we can do physically.

And when you ask about a direct, concrete thing—there’s a thing called the Clarke orbit that Arthur C. Clarke invented and it’s named for him. So when you’re studying orbital mechanics, it's all science fact and fairly complex and mathematical stuff, but you don’t get to be a good science fiction author without research and without the understanding of the reality of what underpins a lot of the things you write about. And Clarke was more rigorous than most. I got to spend a day with him once at the Kennedy Space Center too, it was terrific. I was Arthur C. Clarke's tour guide for a day, [at the place] where I left Earth twice on two different space shuttles. So a lovely blending of science fiction and science fact. And he was intensely curious and knowledgeable and delighted and delightful. So yeah, science fiction has been both impactful and hugely inspiring in all of the various things that I’ve done.

How do you hope that science fiction can change our future?

Science fiction is just a form of art that includes the whole universe and includes intellect as a way of allowing us to understand the universe. And so, that necessity to let people artistically see possibilities—that’s really what a lot of fiction is. To see some of the things that might happen. And it really struck me during my first space flight where I flew on Space Shuttle Atlantis to go up and build the Russian space station Mir using a Canadian Arm. So there was an international crew on a reusable space ship going up to a space station that was under construction as part of an international consortium. And that’s the whole opening sequence to 2001: A Space Odyssey, once you get past the ape part. But that’s what we were doing, and it was complete science fiction when Arthur wrote about it and when Kubrick made the movie in just the late '60s, and yet by the mid '90s that’s exactly what I was doing.

So to me it helps us to maybe start to draw new outer boundaries to what our future might look like. And then to be audacious enough to try and make some of those things come true. Elon Musk names his landing pads after science fiction characters and books and expressions. The first dropped space shuttle was named Enterprise after a Star Trek ship. And so the blending between the future and the present is the lovely blending between science fiction and science fact, and all of them are the result of human imagination. So yeah, I think it is changing our future.

You use music and writing to reach people of all ages. What inspires you personally to keep creating?

I think it's really important to encourage people to see all the possibilities that exist, even the ones that aren’t real yet. And then to recognize that impossible things happen, and they happen as a result of people turning imagination into reality. Somebody takes Arthur C. Clarke’s nutty idea and says 'hey you know what, we could use that.' When he talked about 'how do we control this ship, what if we pop a hole in a water tank and the vaporizing water coming out of that could actually squirt us and help steer our ship so we can make it,' I think it was to the Moon. And when Andy Weir was writing The Martian and they made the movie, they had Mark Watney pop a hole in his glove to get that last little bit of impetus. But when we're talking and actually flying our spaceships, we think about that all the time! If we have a propulsive vent, if we can open up one of the vents, if we have a leak, what's it going to do to our attitude control? The crossover is there.

RELATED: What Does NASA's Twins Study Mean for the Future of Humans in Space? 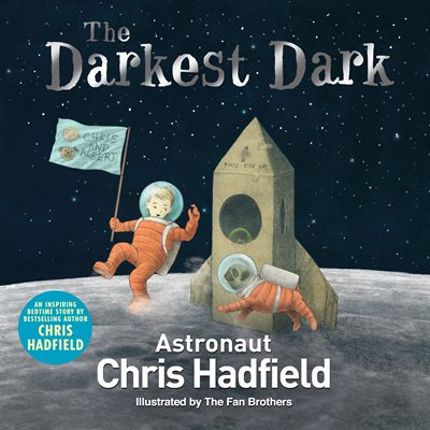