The author of The Boneless Mercies discusses her favorite genres, female friendship, and more.

The Boneless Mercies is a gender-bent Beowulf. And at your panel earlier, you said, “Iceland makes you believe in fantasy.” Can you speak more to that?

It’s another world. It’s wild. There’s nothing else like it. I went to Thingvellir Park, which is where the Norse decided law for about a thousand years, and you can stand up and look over the whole valley. It is a fantasy setting. Game of Thrones was filmed there. The scene between Jon Snow and [Ygritte] in the cave, that was in Iceland. I got back and I was determined to write a Norse fantasy, and that’s where it started. 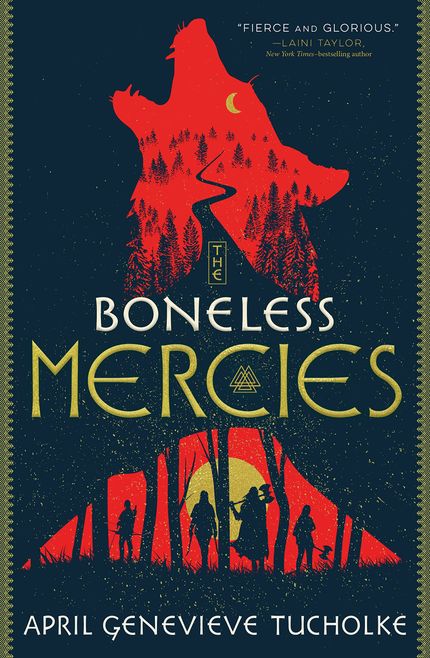 The main characters in your book kill mercifully. What do you think is the driving force between Frey wanting a different lifestyle?

She wants glory. She wants something else—she wants to be remembered. She wants to have her name shouted from the rafters. She’s tired of her life as a death trader.

I heard you mention earlier [at your panel] that there are not a lot of female-driven stories like that—[where a character] has no other purpose for a quest than wanting the glory behind it. There’s always something else, like someone killed their family member and they’re out for revenge.

Right? So for women, a family member has to die for them to go off on an adventure? The other thing I’ve never seen in a fantasy book before was a pack of females, like a fellowship of females, and that’s why I put it in my book. I got asked in another interview what other fantasy girl gangs I really responded too… [shrugs]. There’s a lot of female lone wolfs.

Right, it’s always a boy gang. Female friendship plays a big part in this story, too. What do you hope YA female readers get out of your books?

A feeling of joy and profound female friendship.

Your first series, Between, combines fantasy, romance, and horror, but your new book, The Boneless Mercies, doesn’t tend to focus a lot on romance. Is there a reason why you chose to focus on female friendship over romance this time?

I guess as a writer, I’m just more interested in friendship. And there’s a lot of books a reader can turn to for really good romance, but friendship…not as much. So I thought, well, “Then I’ll write it.” 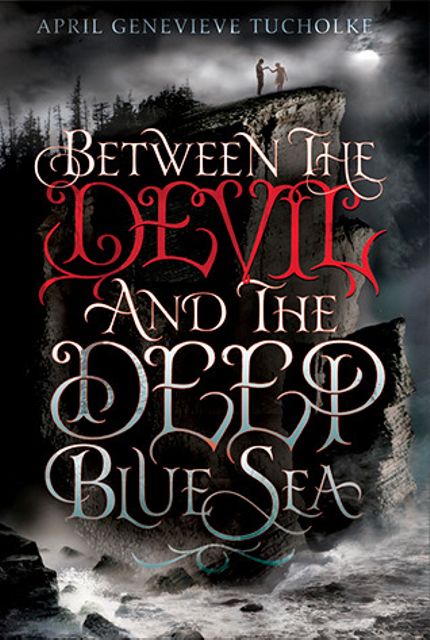 “I’ll write a story about a girl gang, on a quest, for no reason other than glory.” I love it. Out of those three genres, is there one you prefer to write?

Not horror, I’m done with horror. Even as a person, I don’t watch horror movies anymore. I can’t sleep.

The world is scary enough.

I’m just sort of done. I’ll do comedy horror, but that’s about it. Contemporary is easier to write, for me. Fantasy—world building—takes a long time. And you have to be so careful about language, and you have to do a lot of research. Fantasy takes a long time, but I love it. It’s what I read, it’s what I’ve always read.

There’s something about fantasy…there’s nothing like it and being sucked into a completely different world. Sometimes you don’t want to be in reality when you’re reading, you want to be taken away.

There’s a place for everything, but I generally want to escape. And that’s where fantasy leads me.

It’s the one true escapism.

It is, and I’m just fundamentally so much more interested in what someone can do with their imagination, rather than just spitting back reality to me.

You were talking about how contemporary is a bit easier for you to write because it’s not as much research and you’re currently living it. So how did you do your research?

I think people imagine that I’m pretty well-versed in academic Beowulf discourse, but no. I read Neil Gaiman’s Norse mythology, but it was things like playing Skyrim and watching History’s Vikings—I watched The 13th Warrior, it’s a Beowulf adaptation, based on the book Eaters of the Dead, by Michael Crichton, excellent. Better than the Neil Gaiman Beowulf. I did read some of the poetic edda, some of the sagas—I didn’t read all of them.

Did you go to libraries and pour over books about Norse history?

A bit. The thing is, I’ve found that if I read too much of it I can’t make it my own. So I have to be really careful, or else the reality of it takes over. And it’s an alternate Scandinavian story.

Right, it’s historical fantasy, not historical fiction. Is The Boneless Mercies going to be a trilogy, duology, or is it a standalone?

It’s standalone, I’m working on a loose companion set in the same world.

So not a direct sequel?

No, it’ll be like what Naomi Novik just did with Spinning Silver—I’ve been saving it for when I get more writing done, but I loved Uprooted.

Related: BFFs Over BFs: Author Naomi Novik on the Importance of Female Friendship in YA

Actually, your book, and the female friendship focus, reminded me of Uprooted because that’s the main theme. Agnieszka always puts her friend Kasia first, and not the Dragon.

Yes! We thought of a book that has positive female friendship.

But not a girl gang. But that’s what I immediately thought of. Because while [female friendship] is often there, it’s not always the main focus. There’s always “something else,” but while that “something else” [romance] is always good, it’s nice to stay rooted, if you will, in friendship.