If You're a Fan of Ursula K. Le Guin, Read Eleanor Arnason's A Woman of the Iron People

When an anthropologist investigates an alien society on a foreign planet, she begins to question the benefits of human intervention.

Eleanor Arnason's 1991 novel A Woman of the Iron People belongs to the same school of sci-fi as Ursula K. Le Guin’s The Left Hand of Darkness. It’s deeply anthropological, weaving more than an entertaining story of aliens and first contact—but also providing commentary on nature vs. nurture, gender roles, foreign cultures, and the consequences of outsider intervention.

Want more sci-fi books? Sign up for The Portalist's newsletter, and book recommendations delivered straight to your inbox.

When a starship detects life on the planet Sigma Draconis II, anthropologist Li Lixia is called to investigate. Upon her arrival, she’s confronted by an alien society unlike the one she left behind on post-apocalyptic Earth: Here, males and females live separately, reuniting only for the spring mating season and ritual gift-giving. But while the men live in forced isolation, the women exist within organized tribes—each one named after their particular skill set—and lead self-sufficient, nomadic lives. Despite their relative power, not every woman likes these arrangements, and we're eventually introduced to one female alien rebel, Nia.

As Lixia gets to know her subjects’ language, myths, and other customs, she begins to question the purpose of her space mission. Should she and her team facilitate technological advancement as they’ve been ordered—or should they fight to preserve the pre-existing culture?

The novel won the first James Tiptree Jr. Award in 1991—which celebrates books that offer new representations of gender—and the first Mythopoeic Fantasy Award for Adult Literature (despite being a sci-fi book). Arnason came of age during the second-wave feminist movement, which greatly influenced her writing.

In the following excerpt, Lixia—also known as “Li-sa” by the natives of Sigma Draconis II—has just made contact with blacksmith Nia. Exiled by the Iron People, she bonds with Lixia over their shared outsider status, revealing a different side of her society. But soon, that outsider status endangers Lixia when Hakht, a healer, accuses her of using supernatural powers to harm another woman, Nahusai. Suddenly, it’s up to Nia to protect the Earthling she hardly even knows...

Click here to read an excerpt from A Woman of the Iron People, and then download the book.

A Woman of the Iron People 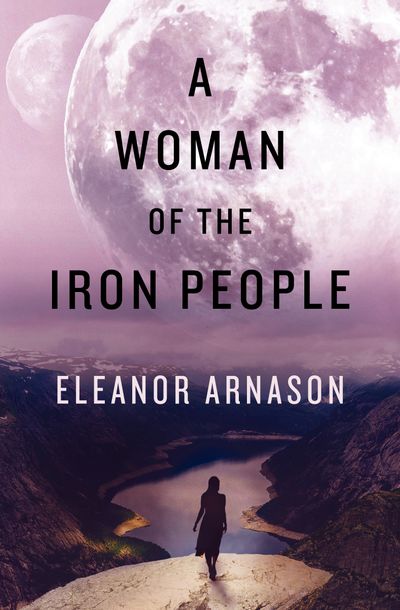 This post is sponsored by Open Road Integrated Media. Thank you for supporting our partners, who make it possible for The Portalist to continue publishing the stellar stories you love.