The legendary author reveals what drew her to horror, the challenges of writing across genres, and how she incorporates history into her fiction.

Quinn, you were named a Living Legend by the International Horror Guild and a Grand Master at the World Horror Convention in 2003, one of only three women to ever win the award. After accomplishing so much, what will you do next? Is there anything you haven’t done yet that you still want to explore?

Awards are very nice to get—they are flattering and look good on my desk-hutch and in my bibliography—but I occasionally remind myself that awards don’t change the words on the page, magically improving the stories: the stories remain the stories with or without recognition. I tend to think of awards as particularly impressive ‘thank yous,’ not directly to me, but to the stories themselves. I intend to keep writing as long as my brain functions and I can put words on a page or a screen. I have a number of projects I would like to complete that have never found a home, to say nothing of the new ideas that hatch with ongoing regularity. There’s always something to work on, which is most gratifying. In that vein, I’d like also to have more of a chance to compose, but I write music as slowly as I write stories quickly, so it’s a bit of a struggle to find a block of time.

What initially interested you in horror, and how have you seen the genre evolve over your 40-year writing career?

As far back as I can remember, I’ve liked scary stories. My Finnish grandfather used to tell me folktales—most of which can be found in the Kalevala—when I was very young, and many of them kind of stuck to me. I’d encountered the Brothers Grimm when I was about seven, and Shakespeare when I was six, so the die was cast.

One of the things that truly changed all publishing in general is the merging of publishing companies under fewer and fewer umbrellas. And with all due respect to Roger Corman and Hammer Studios, the standard for horror on film has undergone a truly astonishing revolution, which has tended to push the publishing view of the genre into a more favorable light, but it has also more rigorously genrefied the various sub-genres of horror, which writers are often actively urged to emulate. Listen, folks: all writers, no matter what he or she writes, is a sub-genre of one. Any other applied genrefication is an exterior label and a marketing device that tends to limit what a writer can produce if that’s how the writer earns a living. It is ultimately stifling, no matter what the genre may be, which is why I write in many genres, and will continue to do so; more of my work is likely to be classified as horror because I like horror stories.

I also like science fiction, fantasy, western, mystery, and historical stories. The emergence of epublishing has helped to broaden the marketplace at a time that such expansion is badly needed, and at a time when the devices of epublishing are readily available at fairly reasonable prices. This is a most encouraging sign, but it is still new enough that the actual test of its durability is apt to come when the novelty wears off.

Want more interviews? Sign up for The Portalist's newsletter!

Vampire stories are predominantly male-centered. How do you approach writing about Count Saint-Germain, and do you think being a woman gives you a unique perspective on the genre?

I like exploring cultural archetypes and coming at them from nonstandard points-of-view, and have done since I wrote my first story when I was six. Saint-Germain began as an experiment: was it possible to write about a humane vampire, retaining most of the folkloric trappings of vampires, and make it believable? I also wanted to write about the lives of women in history through the eyes of a compassionate male figure who had a long perspective on history. The books demand a lot of research, but since I like research, this is not a problem. So far the blend of historically accurate feminist history and revisionist vampires seems to be working.

The odd thing about the series is that most of the editors who worked on the Olivia books disliked her because she “complained too much,"  which struck me that they were missing the point: if you had been born middle-class or upper-class female in first century Rome, had the right to own property, to will your property as you wished, had the right to demand (and get) a divorce, to administer your own finances, had the right to an education, and to live independently, as those rights vanished over the centuries, you might “complain” too. 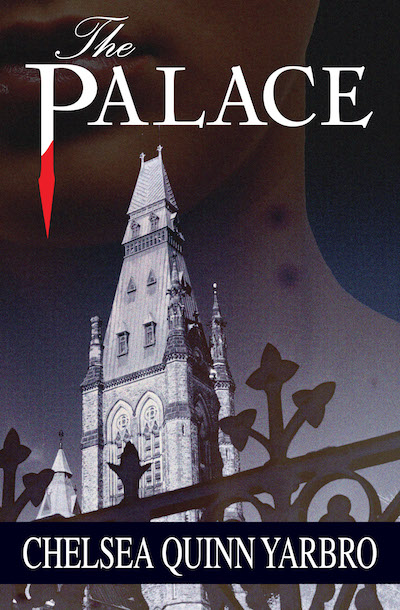 We love history, and you include a great deal of history in your fiction. What is your process for integrating history into your stories?

Integrating actual events with a fictional narrative line isn’t always easy, particularly when writing about women, since most history is just that—HIS-tory —and this means occasionally triangulating information from various sources in the hope of filling in the blanks. I have a lot of reference books about all manner of domestic and social history and consult them regularly. One of my favorite sources is a marvelous book on the history of weather and climate from 1000 BC to 1985 AD, which is invaluable to me, and another one on the history of food for the last 2000 years. I have four historical atlases, and a number of various compilations of events and developments throughout the world arranged in chronological order by general topic. The important thing to me is to take a period, whatever period it is, as much on its own terms as possible. That’s occasionally difficult or disquieting to do, but if the story requires it, in my opinion, the writer has an obligation to take the history on as squarely as possible, or the story will lose what is sometimes called the “ring of truth." For what it’s worth, the same thing applies to all forms of fiction, at least from my point of view. 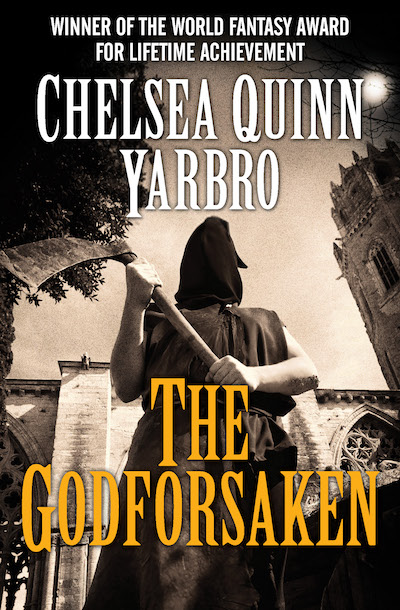 You write in a broad range of genres. What are the biggest challenges of writing for young adults as opposed to writing historical horror?

The most difficult thing about writing for young adults is not spooking the editors, who are worried about reading levels and “appropriate” language. Oh, please. Have a little more respect for young readers, and all readers, than that. Kipling used all kinds of “inappropriate” words when he wrote the Just So Stories, and I’ve only met one kid who disliked them because of that. When I was in fourth grade, I was reading, among many others, Hawthorne and Poe and M. R. James (who was the only one who really scared me, and still does). Every time I came upon a word I didn’t know, I looked it up, and enjoyed adding to my vocabulary. Most of my classmates liked finding new words, too, though our teacher got freaked out. It never pays to talk down to readers of any age. Stories of all kinds and all lengths are intended not only to entertain, but to reveal something new; it’s called a novel for a reason. Trying to present something that doesn’t spark some kind of thought tends to vitiate the whole point of story-telling.