Page through a selection of out-of-this-world discounted books from your favorite sci-fi and fantasy authors.

Note: These deals were last updated on 1/1/20. Check back soon for more stellar book sales!

Incredible fantasy and science fiction awaits: From modern fantasy classics to novels by award-winning authors, these books are on sale all month long.

Every month, we're bringing you a selection of other-worldly reads at a discounted price.

Want more sci-fi and fantasy book deals? Sign up for our newsletter to get a fresh batch of imaginative, discounted books delivered to your inbox every week. 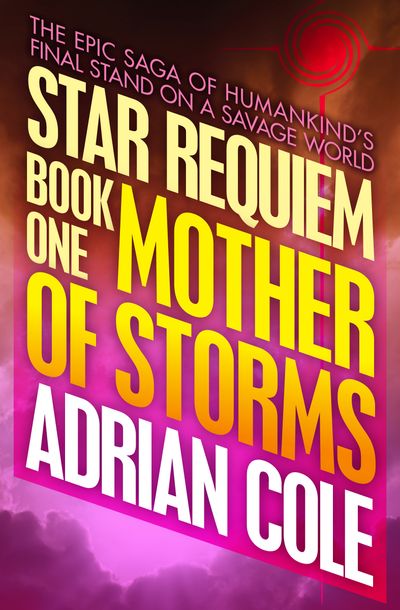 The epic Star Requiem fantasy series begins on an inhospitable world where elemental gods plan the destruction of the human race.

It is on this planet, where only the Windmasters can summon the devastating power of rain, gale, thunder, and lightning, that the last surviving remnants of humankind have come, fleeing the destruction of their empire at the hands of the alien Csendook. And it is here the human race will be resurrected...or exterminated. The sorcerers of this barbaric, inhospitable world have vowed to cleanse Innasmorn of the uninvited "abomination." And somewhere in the swirl of the dimensions--eons distant but as near as a word of power--the relentless Csendook destroyers scent human blood on the galactic wind.

RELATED: 13 Wondrous Sci-Fi and Fantasy Books to Get Lost In 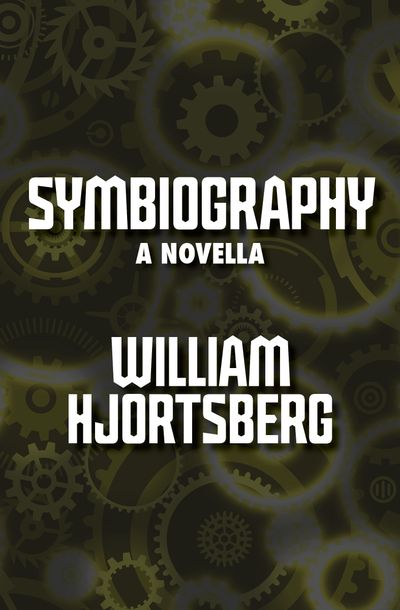 For eighty-five years, Par Sondak has crafted dreams. Each night he retires, probes attached to his sleeping body, and builds magnificent worlds for the people of the City to enjoy. His dreams have been bestsellers for decades, and he has more than three hundred still in circulation. Sondak’s niche is escapist fun; his current project is a ten-hour swords-and-sandals epic. More than a month’s sleep has gone into the dream, and when he completes it, his public will clamor for more.

But when he isn’t asleep, this rotund, 105-year-old man sits on his terrace and enjoys a view of the American wasteland. Beyond Sondak’s laser-guarded walls, herds of Nomads lurk, scavenging for food and making sacrifices to pagan gods.

Lately these savage men have stirred Sondak’s curiosity. But attempting to understand them might just destroy the kingdom his dreams have built. This ebook features an illustrated biography of William Hjortsberg including rare photos from the author’s personal collection. 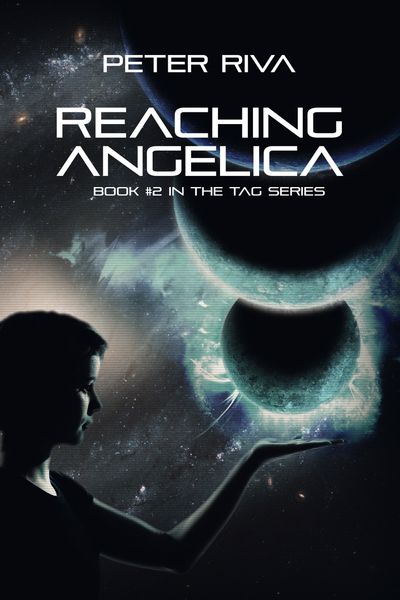 The thrilling and comic space adventures of Simon Banks continue as humanity’s savior finds himself far from home—and his mission far from complete.

In a massive spaceship destined for Alpha Centauri B, with a genesis crew including Zip the telepathic dog, his old frenemy Cramer, and a digital being named Ra (now inhabiting a human form and calling herself Aten), Simon Bank emerges from a hundred-year coma and is hailed as an awakened hero.

Stuck with unwanted responsibility, it’s up to him to solve the enigma of the entire universe—before the spaceship, his friends, and all life on Earth are swatted out of existence by super beings he has accidentally awakened.

Banks’s only hope is to plunge into other dimensions with his mind and discover the secrets of the universe’s pan-dimensions. The fate of all life hangs in the balance as he struggles to prove himself worthy of the Path and the absolute trust his friends place in him. 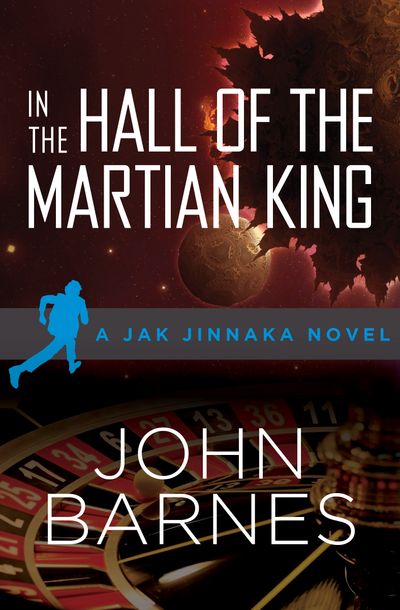 In the Hall of the Martian King

Jak Jinnaka parlayed his powerful family connections, unearned media fame, and consistent dumb luck into a cushy job as vice procurator of the Martian moon Deimos, an office he precariously maintains alongside his top-secret post as a station chief for Hive Intelligence—two soft jobs for an already rich, handsome, single young man in a fun-loving colonial outpost.

Sadly, when his boss takes a well-deserved vacation, it looks like Jak may actually have to do a little work—keep local trade humming, maintain the Hive’s hegemony, prevent the boss’s pretty teenage niece’s internship from becoming front-page celebrity gossip, and make sure his rambunctious visiting uncle Sib doesn’t cause international incidents among the thousands of prickly petty kingdoms on Mars.

Then, in one of the pettiest kingdoms of all, the lifelog of the man who wrote the Wager—a set of principles that guides all human life in the thirty-sixth century—is discovered, and the race is on for control of the holiest relic in a thousand years, with Jak in the lead and all of the devils and angels of his past howling at his heels.

In the Hall of the Martian King 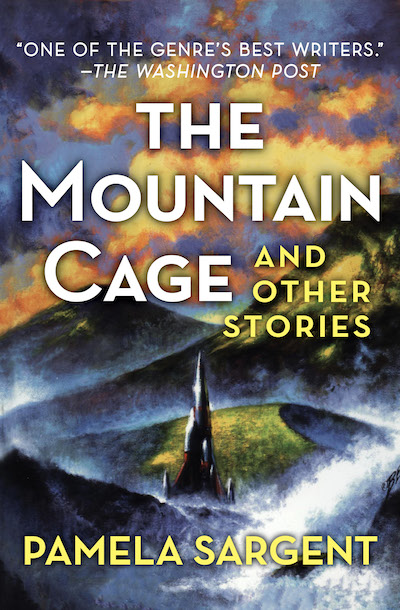 Thirteen stories of impossible futures and otherworldly adventure, from one of science fiction’s most thoughtful authors

In “Hillary Orbits Venus,” a young Hillary Rodham pursues her childhood dream of becoming an astronaut, while in the Nebula Award–winning “Danny Goes to Mars,” former US vice president Dan Quayle embarks on the first expedition to Mars.

“The Sleeping Serpent” reveals what might have happened if the Mongols had conquered all of Europe and then crossed the Atlantic to the New World, “Collectors” follows an American expatriate in France during a most unusual alien invasion, and “All Rights” offers a humorous look at a writer and a literary agent forced to negotiate deals in the multiverse. 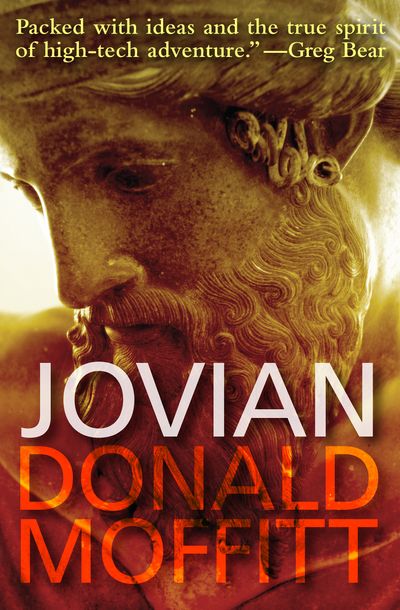 Like all human colonists born into the crushing gravity of Jupiter, Jarls Anders commands tremendous physical strength and survival ability. And, like his fellow Jovians, Jarls has grown up innocent, easy to exploit.

Shipped between Jupiter, Venus, and Earth in indentured servitude, Jarls finds his life in constant danger--not just from the harsh landscapes of distant planets, but also from the treacherous politics of human aristocracy. Navigating the solar system proves much easier than navigating political conspiracy and a government coup. Jarls’s only chance for survival is if he can leave behind his rustic innocence and build a strength of character to match the strength of his body.

RELATED: Netflix Is Creating a Series Based on Neil Gaiman's Sandman 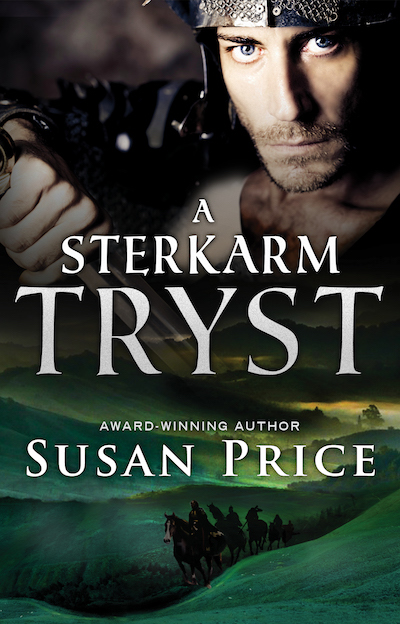 James Windsor—leader of FUP, the twenty-first-century megacorporation that created a tunnel back to the past called the Time Tube—has no intention of giving up his plan to pillage resources from pristine sixteenth-century Scotland. Unfortunately for Windsor, the Sterkarm clan, who will do anything to protect their lands from invaders, continues to stand in his way.

But if Windsor’s modern-day mercenaries, with their technology, rifles, and rocket launchers, can’t beat the primitive Sterkarm warriors, who can? And who could possibly understand the wild Scottish moors and the clan’s brutal ways better than the Sterkarms themselves?

RELATED: 10 Romance Novels We Are Super Excited for in 2020 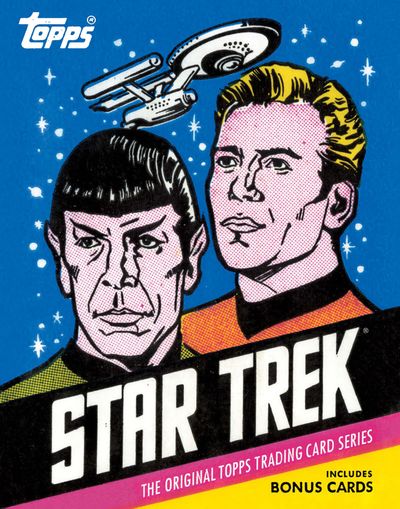 Since Star Trek first aired on television in 1966, the series has had an incredible influence on pop culture. In 1976, with the show’s rising popularity in syndication, the Topps Company released a series of collectible trading cards featuring full-color images from the classic television series created by Gene Roddenberry, as well as synopses and stats on the cast and crew of the Starship Enterprise.

Sure to please both die-hard fans and new generations, this first-ever collection includes the fronts and backs of all 88 cards, plus images of 22 rare and hard-to-find stickers (which were originally sold one per pack) as well as text and commentary by Star Trek insiders Paula M. Block and Terry J. Erdmann. 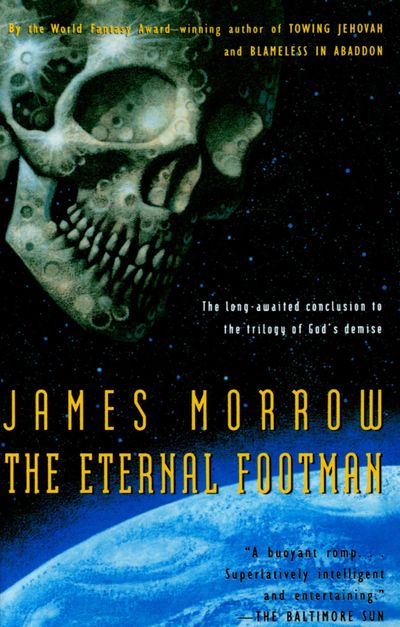 Can civilization survive the untimely demise of God? “A buoyant romp . . . superlatively intelligent and entertaining” (The Baltimore Sun).

Completing the World Fantasy Award–winning author’s darkly comic trilogy, The Eternal Footman brings us into a future world in which God’s skull is in orbit, competing with the moon, and a plague of “death awareness” spreads across the Western hemisphere.

As the United States sinks into apocalypse, two people fight to preserve life and sanity. One is Nora Burkhart, a schoolteacher who will stop at nothing to save her only son, Kevin. The other is the genius sculptor Gerard Korty, who struggles to create a masterwork that will heal the metaphysical wounds of the age. 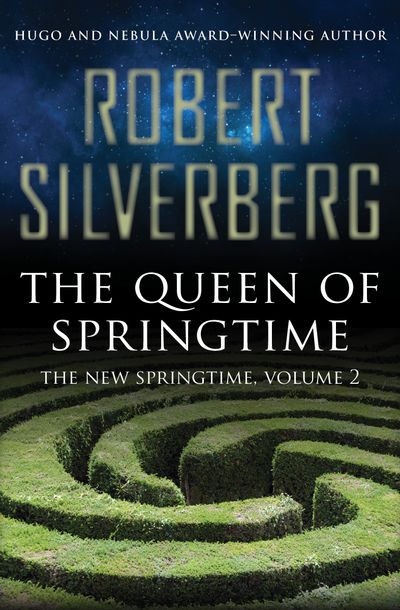 The Queen of Springtime

Nebula Award–winning author: Humans have emerged to reclaim the Earth after the Long Winter. But they never anticipated the battle that awaits . . .

As Earth thaws after the Long Winter, the remaining human tribes journey from beneath the continent to the fertile land above. But the hjjk, an ancient insectlike race that remained on Earth’s surface throughout the frozen eons, stand in their way. Keeping a tight grip on their power, the hjjks are the chief barrier to the people’s further expansion in the New Springtime.

When Kundalimon, a human who has lived with the hjjk for seventeen years, arrives as an emissary of peace, the tribes are wary. They rely on Nialli Apuilana, who had been stolen at thirteen by the hjjk and released months later, to ascertain his true mission. But in this new world, it’s hard to know whom to trust. As both sides prepare for war, the fate of the planet hangs in the balance.

The Queen of Springtime

Want more sci-fi and fantasy book deals? Sign up for our newsletter to get a fresh batch of imaginative, discounted books delivered to your inbox every week.

The Portalist may collect a share of sales from the links on this page.