Listen to an Audio Excerpt from Alan Dean Foster's The Deavys

Someone has stolen the truth—and these siblings will stop at nothing to get it back.

Sixteen-year-old Simwan Deavy knows that in the wrong hands, the Truth can be extremely dangerous. So when the diabolic Crub steals a bottle of Truth from its hiding spot, the non-Ordinary citizens of Clearsight, Pennsylvania are thrown into an uproar. Simwan's mother's life—and the existence of a local forest—are threatened by Crub's plan.

Determined to return the Truth to safety, Simwan, his three sisters, and their talking cat Pithfwid embark on an odyssey to New York, where they must navigate the city's secret non-Ord community and use all the enchantments at their disposal to bring the Truth home.

Look below for an audio excerpt from The Deavys, brought to you by our partners at Sage & Savant.

Simon Deavy seems just like any ordinary teenager. Except he's not. In fact, his family is called non-Ord, or non-Ordinary. He goes to school to learn more than math and English — he also learns about spells, enchantments, and potions. Even though his life doesn't seem normal to the outside world, Simon is pretty happy. He has little sisters, a ghost for an uncle, and a talking cat. When a bottle of truth is stolen from the local pharmacy, Simon and the rest of the Deavys' lives are thrust into disarray. The non-Ord world seems strong, but is it weaker than it first appears?

On an epic journey through the normal and beyond, Simon must prevail to make sure the Truth is kept in the right hands. Listen to the audio clip below to get a first listen to The Deavys.

Special thanks to Sage & Savant for this audio excerpt recording! 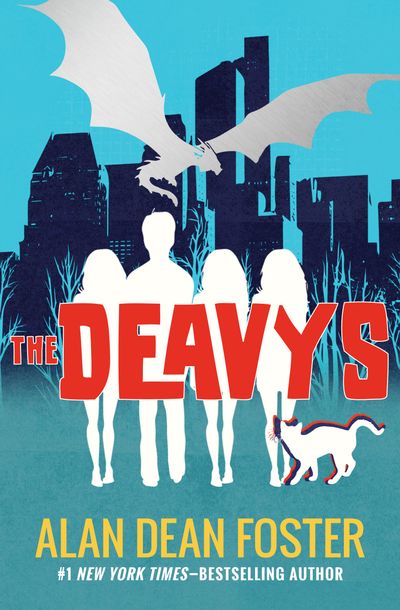 About Sage & Savant: The Adventures of Sage and Savant podcast is the continuing story of Dr. Petronella Sage and her friend Professor Erasmus Savant. Set in the Victorian era, Dr. Sage accidentally discovers a method of time travel. Sage & Savant blends modern scientific knowledge to make the story plausible; historical research to ensure periods of history are represented in the right light; and Victorian era-hubris to give their characters that air of turn-of-the-century invincibility as Sage and Savant embark on incredible adventures through time. Listen to their story on iTunes, GooglePlay, or any podcast app, and visit their website to learn more about the research that goes into making each episode.

book recommendationfantasy books
Published on 17 May 2017