If the destruction of Earth and extinction of humanity were imminent, how far would you go to survive? Would you kill your body to save your mind? Jack Mitchel is willing to risk everything to survive the apocalypse— including his essential humanity.

An EMT in 2042 San Diego, Jack knows he won't survive the impact of the massive asteroid hurtling towards Earth. After all, he's not one of the handful of lucky lottery winners scheduled for rescue. But he did luck into a NexGenVR capsule, which means Jack can risk a one-way trip to the virtual reality world of Viridan Gate Online, a completely immersive online multiplayer fantasy role-playing game, or RPG.

The transition to Viridian Gate Online (V.G.O) is irreversible, and will kill Jack's corporeal form. And once players transition fully into the world of V.G.O., the risks aren't over — from cutthroat fellow players to greedy developers eager to replicate the wealth discrepancies of Earth in virtual reality, V.G.O. is just as dangerous as the 'real world' was.

LitRPG books combine tropes and themes from role-playing games with sci-fi and fantasy elements to tell a unique story that's exciting and super-relevant to today's world. Jack's adventures in a cutthroat virtual reality fantasy world will grip fans of Ready Player One and The Stormlight Archive alike.

Together with Shadow Alley Press, we're giving away the first five epic books in the Viridian Gate Archives series to one lucky winner.

By entering your email address, you agree to receive emails from The Portalist and Shadow Alley Press. 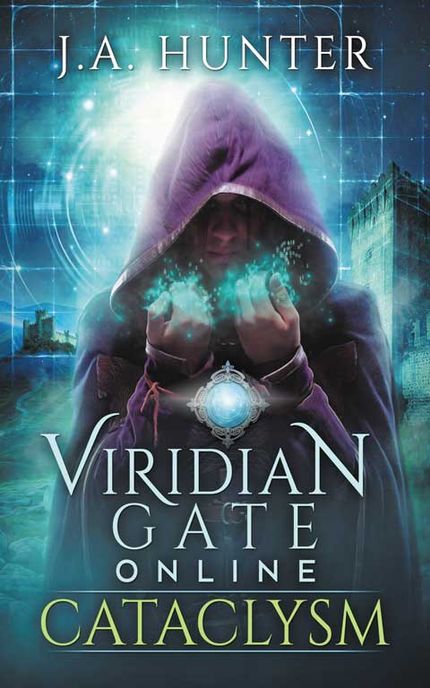 An extinction-level asteroid is blazing toward Earth. Collision, imminent. The world is doomed and only a select few lottery winners will be saved.

Unfortunately, Jack Mitchel—a down on his luck EMT from San Diego—isn’t one of those winners.

Still, there might be a way for him to survive the impending cataclysm: a slim chance, requiring a radical leap of faith. Through a connection at Osmark Technologies, Jack’s acquired a NexGenVR capsule and with it, a one-way ticket to the brand-new, ultra-immersive, fantasy-based VRMMORPG, Viridian Gate Online. Taking that leap of faith, though, means permanently trapping his mind in the game, killing his body in the process.

Worse, one in six die during the transition, and even if Jack beats the odds, he’ll have to navigate a fantastical world filled with vicious monsters, domineering AIs, and cutthroat players. And when Jack stumbles upon a secret conspiracy to sell off virtual real estate to the ultrawealthy—transforming V.G.O. into a new feudal dark age—the deadly creatures inhabiting Viridian Gate’s expansive dungeons will be the least of his concerns.

If Jack can’t game the system, he’s going to be trading in a quick death for a long, brutal one … 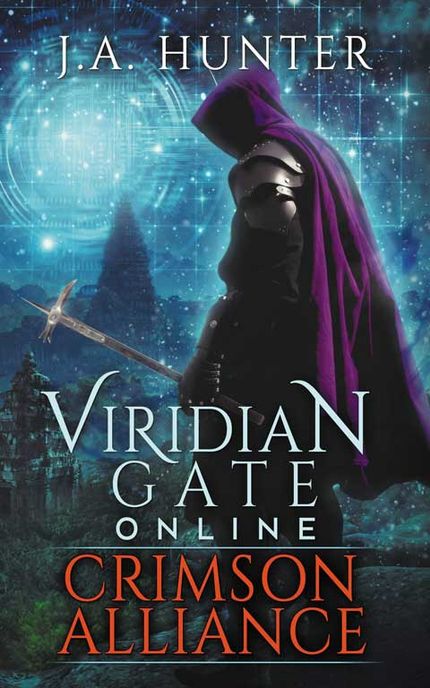 Three days ago, Jack Mitchel saved his life. By dying.

He dodged a world-ending bullet—in the form of an extinction-level asteroid cannonballing toward Earth—by successfully uploading his mind into the brand-new, ultra-immersive, fantasy-based VRMMORPG, Viridian Gate Online. Unfortunately, he’s also stumbled headlong into a secret conspiracy that will transform V.G.O. into a new feudal dark age.

Jack expected to live out his new fantasy life in peace, but now he and his misfit crew of rebels are the only ones preventing a tyrant emperor and his regime from taking power. Thankfully, everything isn’t quite as hopeless as it seems—Jack has a plan. Sort of. With only a handful of supporters, he’s going to get the jump on the bloodthirsty empire by snatching one of their key cities right from underneath their noses. In order to pull off the impossible, however, Jack’s going to have to develop his formidable Shadowmancer powers, raid some ridiculous dungeons, and make some shady allies—allies who may be more dangerous than the empire itself. 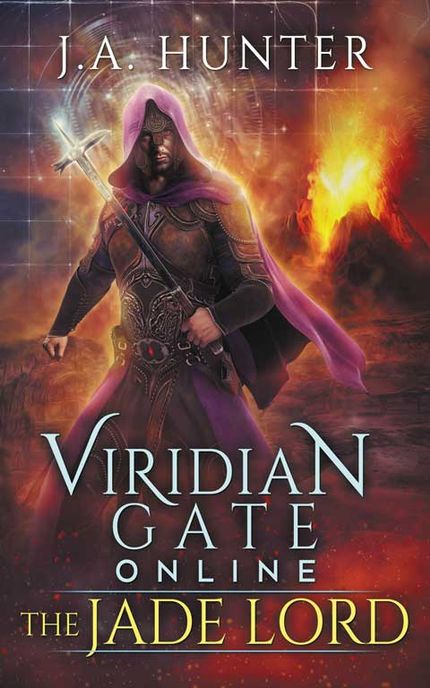 It’s been a busy month for thirty-two-year-old Jack Mitchel:

Three weeks ago, he died.

Two weeks ago, he founded the first Faction in the ultra-immersive, fantasy-based VRMMORPG, Viridian Gate Online.

A week and a half ago the world ended, destroyed by a cataclysmic asteroid.

Seven days ago, he conquered the Imperial city of Rowanheath, bringing all of Eldgard to the brink of war.

Though Jack’s Faction, the Crimson Alliance, has a tenuous truce with tech genius and Imperial lord, Robert Osmark, Jack knows it can’t last. Osmark is devious and power hungry, and it’s only a matter of time before he sends his forces to wipe Jack and his underdog crew off the map for good.

If Jack hopes to survive another month inside of VGO, he must find a way to beat Osmark and his army of bloodthirsty thugs, and a new quest—the Path of the Jade Lord—may be just the ticket. But this quest will be far harder than anything Jack’s faced before, pushing him to his mental, physical, and moral limits. And if Jack isn’t careful, his quest to defeat Osmark and the Empire may end up turning him into the despot he’s been fighting against. 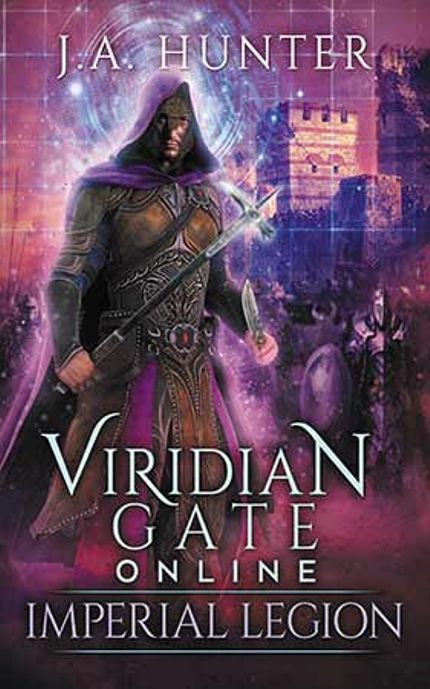 The Imperial Legion marches, and war looms on the horizon ...

Jack Mitchel and his misfit crew of rebels never wanted a fight with the Empire, but the time for diplomacy has passed.

Ruthless tech-genius Robert Osmark is coming, and trailing behind him is a vast army determined to wipe the Crimson Alliance from the face of Eldgard. Impossibly, Jack has united the warring Murk Elf clans under his banner, but even with their aid, the Alliance is still badly outnumbered, and Osmark has some nasty tricks up his sleeves.

And while the long-awaited battle unfolds, an ancient evil stirs in the heart of Viridian Gate Online—one that will change the game forever. 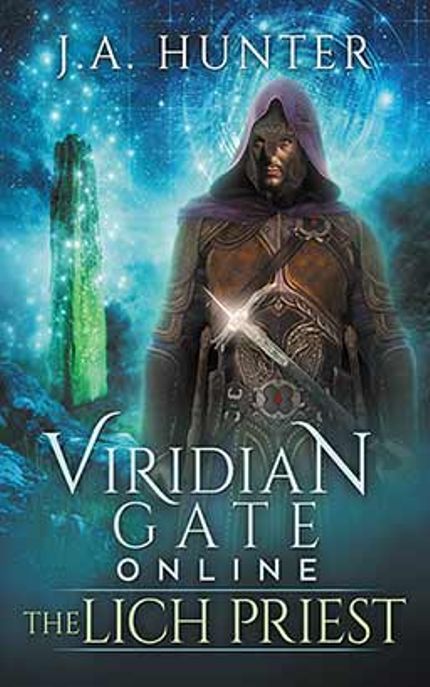 The Vogthar Horde has come, and they bring real death with them. Not even players are safe from the power of Malware Blades …

Worse, the Realm of Order, dominion of the Overmind Sophia, is in danger—slowly being corrupted by an ancient evil, the Lich Priest. And if he is successful, it could mean the end of Sophia and the downfall of the Crimson Alliance. Grim Jack never thought he’d find himself siding with the Empire, but now that this terrible new threat has arrived, making friends of old enemies may be the only way to survive.

Note: The sweepstakes is open to all legal residents of the 50 United States and Washington, DC who are 18 years of age and older by June 24, 2019.