[CLOSED] GIVEAWAY: Win How to Love Your Elf by Kerrelyn Sparks

Best known for her Love at Stake series comprised of 16 steamy novels, Kerrelyn Sparks is a prolific paranormal romance author. In 2017 Sparks kicked off The Embraced series, which takes place in a magical land with two moons. Whenever those two moons align, the children born during that period are gifted with unique and incredible powers. The series follows five women with incredible abilities, raised in isolation on the Isle of Moon for their own safety. But they can't hide from adventure and romance...

How to Love Your Elf is the fourth book in the Embraced series, and it follows a gifted woman named Sorcha. Sorcha not only has a powerful ability to manipulate fire, she also has a burning hatred of elves. This distaste isn’t helped at all by the fact that, while on a dangerous mission, Sorcha gets wrapped up in an attempted kidnapping by the brutes. However, when a peculiar elf named the Woodsman comes to her aid, the feelings he stirs are a passion of a different kind.

Together with Kensington Books, The Portalist is giving away copies of Kerrelyn Sparks’ How to Love Your Elf to twenty lucky winners.

By submitting your email address you agree to receive emails from The Portalist and Kensington Books. 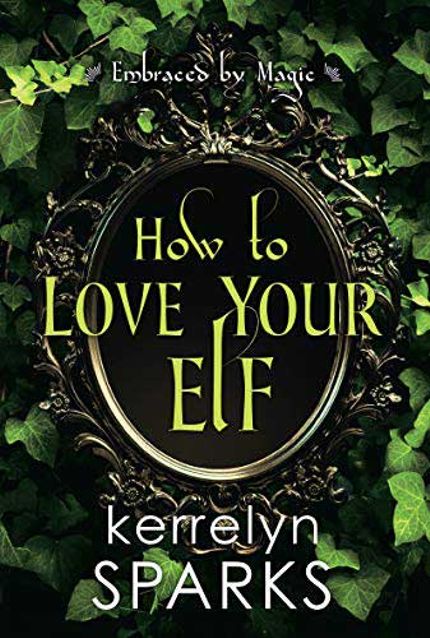 How to Love Your Elf

Raised in isolation on the magic-shrouded Isle of the Moon, five girls became five sisters. Now women, they are ready to claim their places in the world—and perhaps change it forever...

Sorcha knew the mission was dangerous. Leaving the safe grounds of her brother’s kingdom and parlaying with the elves across their border . . . well, treachery seemed at least as likely as true peace. But to support her sister, Sorcha would brave far more than the underhanded ways of the elves. Or so she thought, before she was taken hostage.

Of course, her captors didn’t count on her particular abilities—or on the help of the Woodsman, the mysterious thief who made his home in the forest. He saw the battle from the trees, saw the soldier attacking against incredible odds to save a comrade—and then saw the valiant fighter revealed as Princess Sorcha of Norveshka. He can’t tell if he wants to kidnap her or kiss her. But despite Sorcha’s stubbornness, his inconvenient honor, and a rebellion on the cusp of full war, something burns between them that neither can let go...

How to Love Your Elf

Note: The sweepstakes is open to all legal residents of the 50 United States and Washington, DC who are 18 years of age and older by February 17, 2020.