Set on another planet, this new story has Moroccan influences.

Fans of futuristic settings, epic heroines, and a touch of fantasy romance: We've got your next summer read. Somaiya Daud's debut novel combines all three of these aspects, and more, to bring readers an engrossing, diverse read. Set on a faraway planet, the story follows 18-year-old Amani—who dreams of adventuring beyond her home...a home occupied by the brutal Vathek empire. But when she's kidnapped and taken to the royal palace in order to be a body double for the much-hated Princess Maram, an unexpected adventure begins.

Together with Flatiron Books, The Portalist is giving away ten copies of Mirage, by Somaiya Daud.

Enter your email address for a chance to win a copy of Mirage.

By entering your email address you agree to receive emails from Flatiron Books and The Portalist. 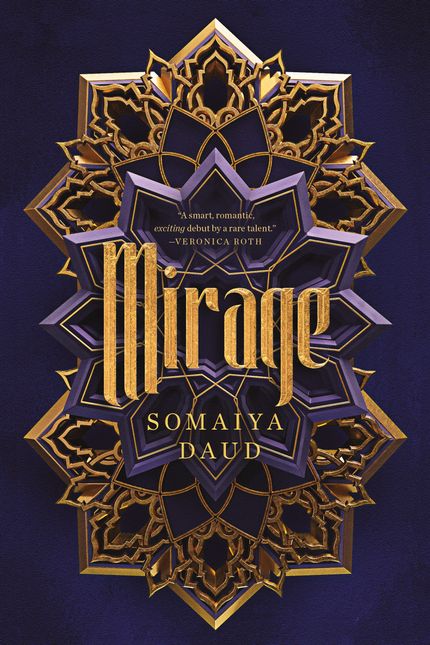 Somaiya Daud’s debut Mirage is an “enriching, thrilling, and captivating” (BuzzFeed) epic fantasy inspired by the author’s Moroccan heritage about a poor girl who must become the body double of a princess of a ruthless empire

In a world dominated by the brutal Vathek empire, eighteen-year-old Amani is a dreamer. She dreams of what life was like before the occupation; she dreams of writing poetry like the old-world poems she adores; she dreams of receiving a sign from Dihya that one day, she, too, will have adventure, and travel beyond her isolated home.

But when adventure comes for Amani, it is not what she expects: she is kidnapped by the regime and taken in secret to the royal palace, where she discovers that she is nearly identical to the cruel half-Vathek Princess Maram. The princess is so hated by her conquered people that she requires a body double, someone to appear in public as Maram, ready to die in her place.

As Amani is forced into her new role, she can’t help but enjoy the palace’s beauty—and her time with the princess’ fiancé, Idris. But the glitter of the royal court belies a world of violence and fear. If Amani ever wishes to see her family again, she must play the princess to perfection...because one wrong move could lead to her death.

Note: The sweepstakes is open to all legal residents of the 50 United States and Washington, DC who are 18 years of age and older by August 6, 2018.